A collection of 137 photographs, in 8 galleries, detailing the project of taking aid to the townspeople of Siret Romania in January 1991.
Siret is at the very north of Romania and is approx two miles from the Ukraine border. The population in 1991 was 9,500.

The organiser of our trip, Diana Thomson, had been to Siret the previous summer, and had visited the children's hospital which was the subject of the Anneka Rice - Challenge Anneka - Romania Challenge (see Youtube).
Diana has returned to Siret several times, and a number of people from Siret have visited York.

The photographs were taken on a 35mm Canon A1 using b&w, colour neg film and colour slide film; also a medium format Yashicamat 120G. Most of the original slides were lost to water damage, so there are only a few images from that medium.

01 The start and meetings 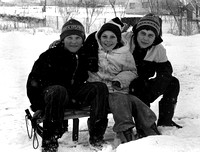 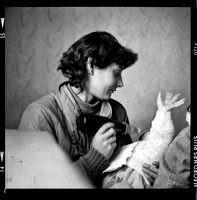 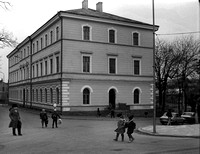 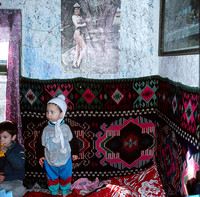